Not your average rock star, this hero is a relationship sort of guy who appreciates the love of a good woman and thinks sex is better with someone you care about. I loved that about him, though that way of thinking is what gets him into trouble. It’s light and funny with a (sort of) slow burn and some solid banter. While the back and forth frustrated me at times, I really enjoyed these characters and found it to be a quick read.

The story follows Adam, a rock star on the rise who recently got out of a long term relationship. His friends are encouraging him to get “back on the horse” with the groupies that surround them, but that’s not something he’s interested in. When his little sister comes for a visit to his show in Vegas and brings along her best friend, Adam finds the spark that’s been missing. Emily has been around for years – and clearly had a huge crush on him growing up – but he was with someone else and never gave her a second thought. Now that they’re both newly single, it seems like something might happen… until they mess things up with a drunken marriage. Suddenly everything gets more complicated and what started with real attraction gets muddied by outside factors.

The writing is solid, flowing easily and staying light with a little bit of angst. I really liked how deep the connection between these two was, even though things moved fast. Adam is a pretty sweet guy so it was easy to root for him to find love. I will say that I got frustrated with all the back and forth, sometimes as confused about what these two wanted as they were. But that didn’t detract from the connection they shared. This reads well as a standalone but new readers should be aware that characters from other books make plenty of appearances. I received an ARC via Give Me Books and am voluntarily leaving a review of this light and sweet book.

My first thought is how to get out of this, except our wedding video has gone
viral and record sales are skyrocketing. My manager thinks following the
newlyweds on the second season of my band’s reality show will keep up the
momentum.

I just have to get Emily to agree to faking this marriage for six months, and
then we can quietly divorce.

Nothing is quite that simple when feelings blur the line between a contract and
reality.

I ended up with more than just a hangover when I found myself waking up
married.

ADD TO GOODREADS
ENTER THE GIVEAWAY 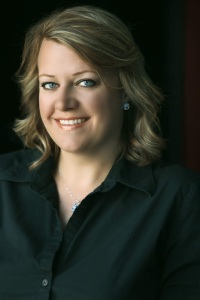 Lisa Suzanne is a romance author who resides in Arizona with
her husband and two kids. She’s a former high school English teacher and
college composition instructor. When she’s not chasing her toddler or cuddling
her newborn, she can be found working on her latest book or watching reruns of Friends.
Author Links
NEWSLETTER
INSTAGRAM
FACEBOOK
FACEBOOK GROUP
AMAZON
WEBSITE
BOOKBUB
GOODREADS
TWITTER
PINTEREST