Where’s book two when I need it?! The first half of a duet, Royal Playboy will get you hooked on these characters and anxious to find out what happens next. Though I’ve often seen Nana Malone’s name on bestseller lists, this is my first time reading one of her books (I couldn’t resist that awesome COVER). And I’ve got to say that I enjoyed the journey from start to finish – and really need to know how things wind up for Xander and Imani.

The story follows Xander, a playboy with a twist. His troubled past (yes, some serious trigger warnings going on here) means that sex isn’t the fulfilling experience that it should be. Things change when he meets Imani, an actress on the cusp of stardom who is researching a role… by posing as an escort. You can imagine the complications that come from that, and thus begins Xander and Imani’s love story.

This is one of those books where I enjoyed everything as I was reading it, but also felt like it wasn’t living up to its fullest potential. Malone created some really great backstories for these two, but they aren’t explored in any real depth. That resulted in the connection feeling a little superficial, kinda insta-love. I’m sure the second half of the duet will delve deeper into all of that, but I think there was a missed opportunity for taking the writing to another level, especially given how short the book is. It’s sexy and nuanced, and if the second half of the duet addresses my concerns, then it has the potential to be a really solid read. I received an ARC via Give Me Books and am voluntarily leaving a review of this sexy romance.

Title: Royal Playboy
Series: Playboy Prince Duet #1
Author: Nana Malone
Genre: Contemporary Romance
Release Date: January 7, 2020
Blurb
Vengeance is best served piping hot.
Prodigal Son. Black Sheep. Playboy Prince.
I’ve been called lots of things. Merciful is not one of
them.
It doesn’t matter what you call me, as long as I get what I
want…
What I crave.
And it’s not the crown.
She is the Princess I didn’t see coming. The one
I didn’t plan for.
Until her, women came easy.
Until her, I wasn’t sure I had a heart. Now that I know,
I’ll give up anything to have her…
Well…almost anything.
ADD TO GOODREADS 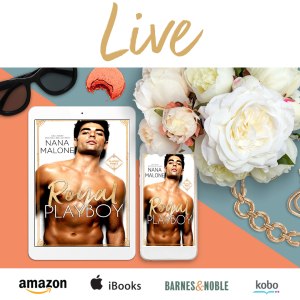 Excerpt
I really
had to start thinking through my plans better. It had seemed like such a good
idea to slip my hand into his before coming down for cocktails. A fantastic
idea, really. It was innocuous enough but was something real couples did.
Or so I remembered from my old life when I’d had relationships. But then as
soon as the doors had opened, there had been people in the hallway.
Xander had
probably taken his cue from me, but the kiss he’d planted on my shoulder didn’t
feel like an act.
It felt…
real. At least the shivers it gave me were real.
As we
traversed the white marble from the foyer, he gently guided me with a hand on
my lower back. But every single touch, caress, and glide brought the lick of
heat with it. It was making me half mad with lust. When I slanted him a glance,
he blinked at me innocently.
Damn him,
he knew he was driving me crazy. And this was why I hadn’t wanted to do this.
Because of this feeling. Every time he touched me I was transported right back
to that flat in Notting Hill where a total stranger had touched me and for once
made me feel something.
It didn’t
help things that he was smart. He floated easily from conversations about
politics, to art, to current events. And of course he spoke flawless French,
along with Italian and what sounded like some German. He was officially a Venus
flytrap. Everything about him was meant to entice, to entwine, to ensnare.
Coming Soon 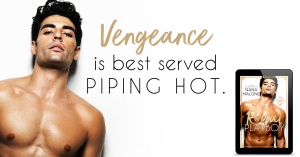 USA Today Bestselling Author, NANA MALONE’s love of all
things romance and adventure started with a tattered romantic suspense she
borrowed from her cousin on a sultry summer afternoon in Ghana at a precocious
thirteen. She’s been in love with kick butt heroines ever since.

With her overactive imagination, and channeling her inner
Buffy, it was only a matter a time before she started creating her own
characters. Waiting for her chance at a job as a ninja assassin, Nana, meantime
works out her drama, passion and sass with fictional characters every bit as
sassy and kick butt as she thinks she is.

The books in her series have been on multiple Amazon Kindle
and Barnes & Noble best seller lists as well as the iTunes Breakout Books
list and most notably the USA Today Bestseller list.

Until that ninja job comes through, you’ll find Nana working
hard on additional books for her series as well as other fun, sassy romances
for characters that won’t leave her alone. And if she’s not working or hiding
in the closet reading, she’s acting out scenes for her husband, daughter and
puppy in sunny San Diego.

Want to hit me up? Just email me: