Initially, I was really enjoying this, but as the story went one I just didn’t understand the TIMELINE on this otherwise 4-star read. I was so confused that I actually paused my reading to look back at the previous book in this series to see how long our hero has been out of the military, because… what have these two been doing for the last SIX years? Our couple has been in a state of limbo for almost ten years, and the plot holes in the story make it unclear what the situation was during that time. It was so jarring to me that it impacted my entire reading experience, and that’s unfortunate because there were a LOT of other things that I liked about book.

The story follows Mindy and her best friend’s older brother, Sawyer. After losing his parents as a teenager, Sawyer became the father figure of the family, the one who bears the burden of responsibility on his shoulders. Somewhere along the way, Mindy became the bright spot in his life, and they built a relationship in secret before he left for the military. Now Sawyer’s back and not the same man he used to be, but Mindy’s love for him has never wavered.

Let me take a moment to talk about what I loved – Louise’s writing showcases the connection between these two, so I liked some of the angsty moments and the intimacy of the steamy scenes. I really enjoyed the chemistry and think there was the potential for something great in this love story. Unfortunately, this became riddled with plot holes as it went along. If Sawyer was so into Mindy for years, why did he choose to enter the military and not stay in contact? Did he actually date her sister? What happened in the six years since he’s been back? Did they date other people or live in a constant state of longing? Why does NO ONE else have any clue about their feelings for each other? None of these questions were ever really addressed… and they’re kind of major. So while I think the foundation of a great romance is there, this ultimately felt more like a sexual relationship with trust and communication issues. I wanted to love it, but I just never got there. Please be aware that there is some triggering content, mostly dealing with PTSD but also brief mention of suicide. If you’re willing to overlook the timeline, this is certainly worth a read, but it’s not without its frustrations. I received an ARC and am voluntarily leaving a review of this steamy second chance romance.

Sawyer LaGrange.
He’s my best friend’s older brother.
He’s quiet, brooding, sexy as sin…
Dark hair, a scruffy square jaw, and deep lines of muscle I trace my fingers along slowly, followed by my lips…
He always does what’s right.
Until me…
They say you get in life what you have the courage to ask for.
Well, I’m brave.
And I want him.
Secrets.
Everybody has them.
Big, small, innocent… forbidden.
Mindy was a line I should never have crossed.
But I did.
She was beautiful… sassy and tempting,
And rules were made to be broken.
We broke them all.
Now I’m home, released from service with hidden scars.
Now my secrets are the demons that grow stronger every day.
I try to send her away, but I can’t let her go.
She’s my reason to fight, and I’ll walk through hell to be the man she deserves.
To give her a reason to stay here with me.
(HERE WITH ME is a STAND-ALONE best friend’s older brother, second-chance, military romance. No cheating. No cliffhangers.)
Grab Your Copy NOW:
Kindle Edition: https://amzn.to/3csAH3h
Amazon Paperback: https://amzn.to/2KdWLmh
Audiobook: https://amzn.to/2xyZnZg
Apple | Nook | Kobo | Google Play 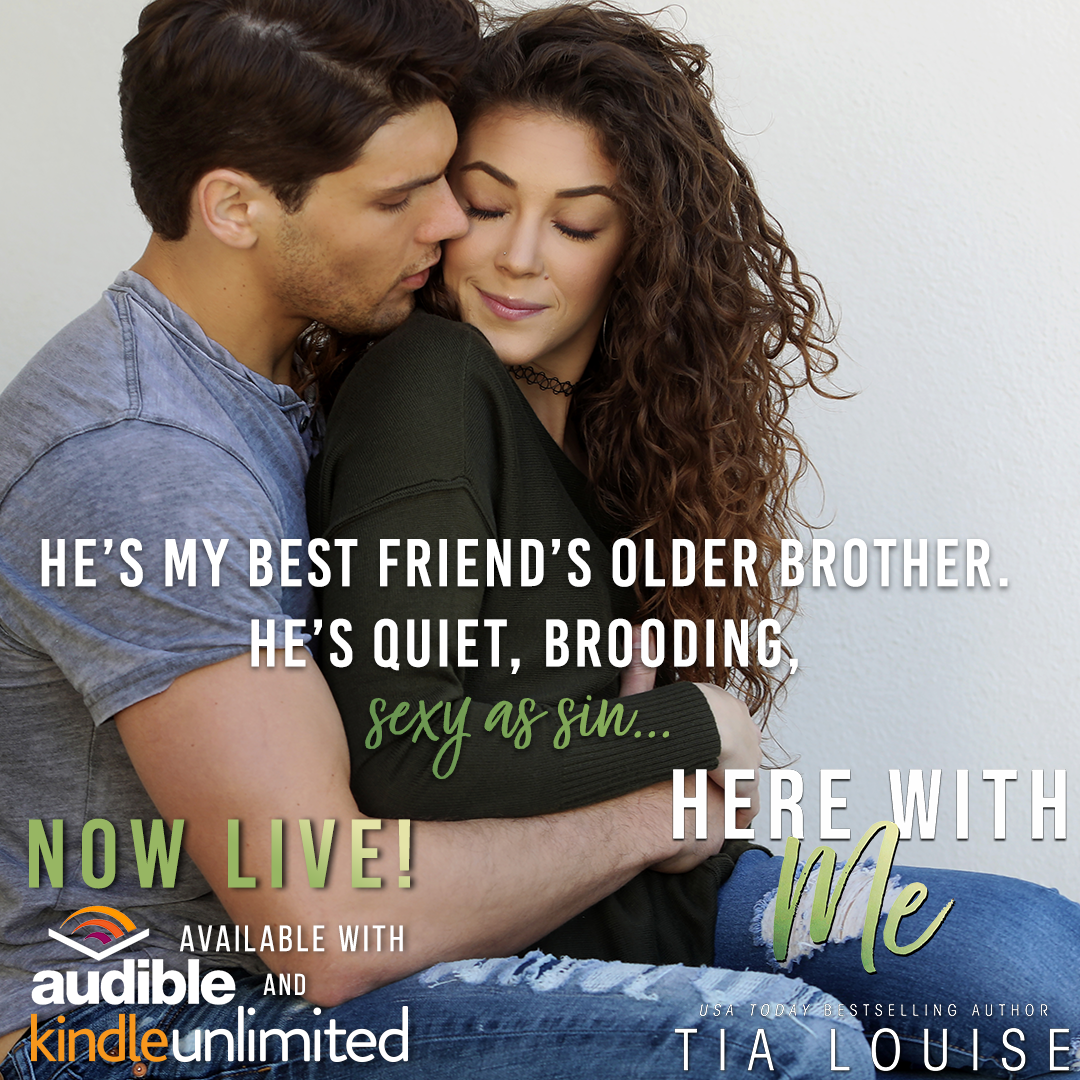 Want to be the FIRST to know when a book by Tia Louise is LIVE?
Sign up for the ALERT NOW!

*Text TIALOUISE to 64600 for a New
Release Alert. (U.S. Only)
*Sign up for my
Newsletter and get an email as soon as it’s live: http://smarturl.it/TLMnews
Meet Tia Louise 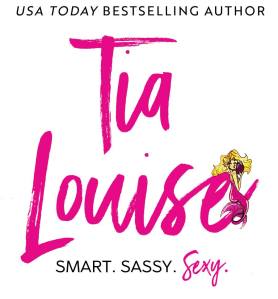 Tia Louise is the USA
Today bestselling, award-winning author of When We Touch, the “Bright
Lights,” “One to Hold,” and “Dirty Players” series, and co-author of the #4
Amazon bestseller The Last Guy.
After being a teacher, a book editor, a journalist, and finally
a magazine editor, she started writing love stories and never stopped.
Louise lives in the Midwest with her trophy husband, two teenage
geniuses, and one grumpy cat.

One thought on “⭐️⭐️⭐️ REVIEW: Here With Me by Tia Louise”